Finally, we are able to supply a new version of the AYAB software.
In the last few months, we collected your error logs and feature requests and tried to put everything together into a new and hopefully better version.

Besides some visual improvements (visualisation of the pattern position) and a bunch of bug fixes (image rotation, inversion, …), we also included some new features.
We got rid of the necessity to manually confirm when the machine is initialized, the software recognizes the carriage passing the left hall sensor automatically and starts the knitting process.

Additionally, we got a last minute feature request from Cindy, who proposed a dedicated mode for circular knitting (e.g. for knitting mittens). I hope she will supply a tutorial for this soon! 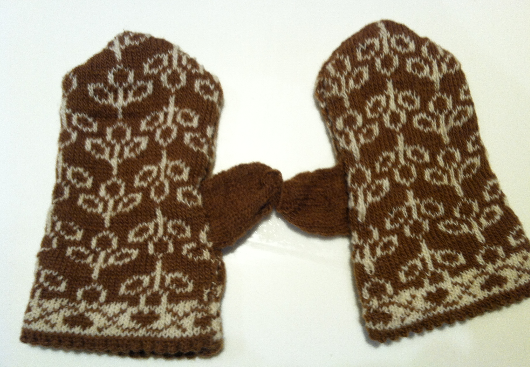 Last but not least, we had to do some changes in the firmware because of the I2C port expander we used on the new DIY AYAB shield. So for using the new version of the AYAB shield, usage of v0.80 (firmware AND software) is mandatory. 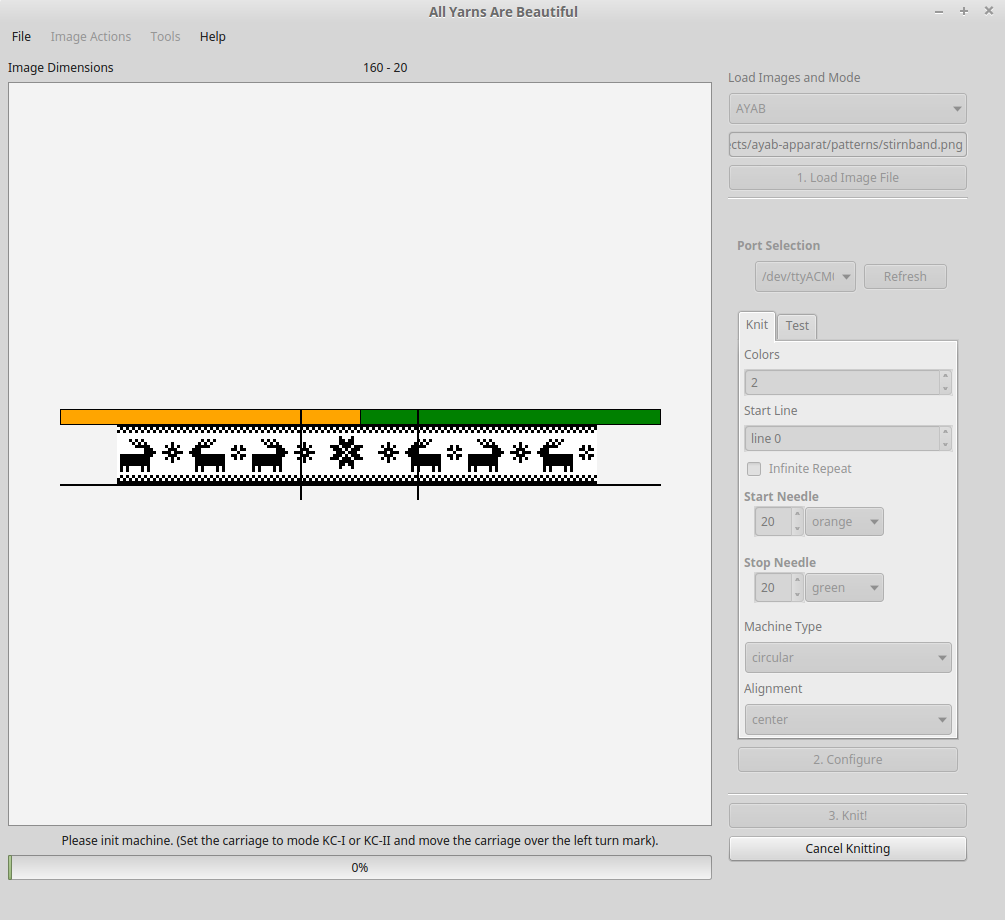 Of course, there is still some work to do and lots of open issues, but we hope you enjoy the new version and use it for some nice projects!